CJRS – Do You Need To Pay It Back? 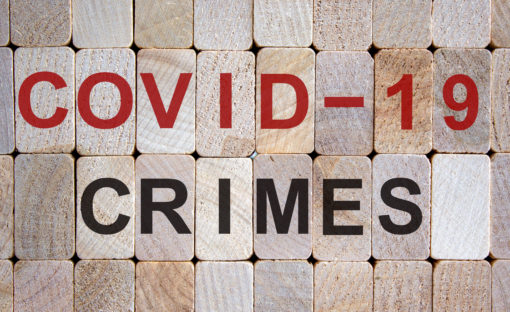 The furlough scheme was set up in a hurry, and businesses signed up in haste as the impact of lockdown was only just beginning to be felt. So how can you make sure that HMRC doesn’t now ask for its money back?

Towards the end of September, Kingfisher, parent company of B&Q and Screwfix, announced it would be repaying £23 million it received as part of the Coronavirus Job Retention Scheme (CTRS). It was the latest high profile refund to the Treasury, with voluntary returns now topping £215m.

It’s a welcome stat (not least for the Treasury), but it is a drop in the ocean compared to the £3.5 billion believed to have been paid in error. And now HMRC wants to claim back money incorrectly paid under the furlough scheme.

To be clear, the returns by Kingfisher and many others are not because of any fraudulent activity – they were simply funds legitimately applied for at a period of high uncertainty, and then voluntarily paid back when the situation proved to be far less dire (for them) than feared.

Many businesses of every size will empathise. As the UK entered lockdown it felt as though everything was an unknown. The furlough scheme was a lifeline and applicable businesses grabbed it. But applications were made in haste – and with hindsight you may now be wondering whether you dotted every i and crossed every t. So what should you do?

When Jim Harra, chief exec of HMRC, appeared before the public accounts committee recently, he estimated up to 10% of CJRS payments may have been made incorrectly. He also revealed that the HMRC fraud hotline had received more than 8,000 calls, presumably from those working whilst furloughed. And as a recent study showed, up to two thirds of employees may have been working whilst their employers claimed furlough payments.

Fortunately for business, HMRC is approaching the matter with some sensitivity. Conscious that the application process was rushed and not entirely simple, Mr Harra said the HMRC would not pursue employers who had made legitimate mistakes, but instead focus on abuse and fraud.

What should you do?

Check the payments you received. If you believe you’ve claimed too much you can:

What happens if you do nothing?

HMRC has identified 27,000 ‘high-risk’ claims that are being investigated first (although investigations are unlikely to stop there). Even here, however, the likely first course of action will be to give the companies the opportunity to correct the situation themselves.

If errors are identified HMRC will issue an income tax charge, giving 30 days to repay the overpaid amount.

Where the overpayment was, in HMRC’s view, deliberate and concealed, they may also levy a penalty of up to 100% of the overpaid amount and publish the company’s details along with those of other defaulters.

As Adam Craggs, partner at law firm RPC, told the FT: “Many businesses are beginning to ask themselves whether it is a case of “act in haste, repent at leisure”.

“A thorough review of past furlough claims and disclosing any errors to HMRC promptly (and repaying any overpayment) will help businesses to reduce their need to “repent at leisure”.